A few years back, I heard Jeff Harmon, the man behind the Photo Taco podcast, mention how every January he goes back and reviews his photos from the previous year and selects the ten best photos. He recommends that all photographers do it, as a guide to how you are progressing in the craft and, for the past several years, I’ve been following his advice.  I find that it gives me a good perspective on how I am progressing in terms of photography and what I might to work on to continue improving. 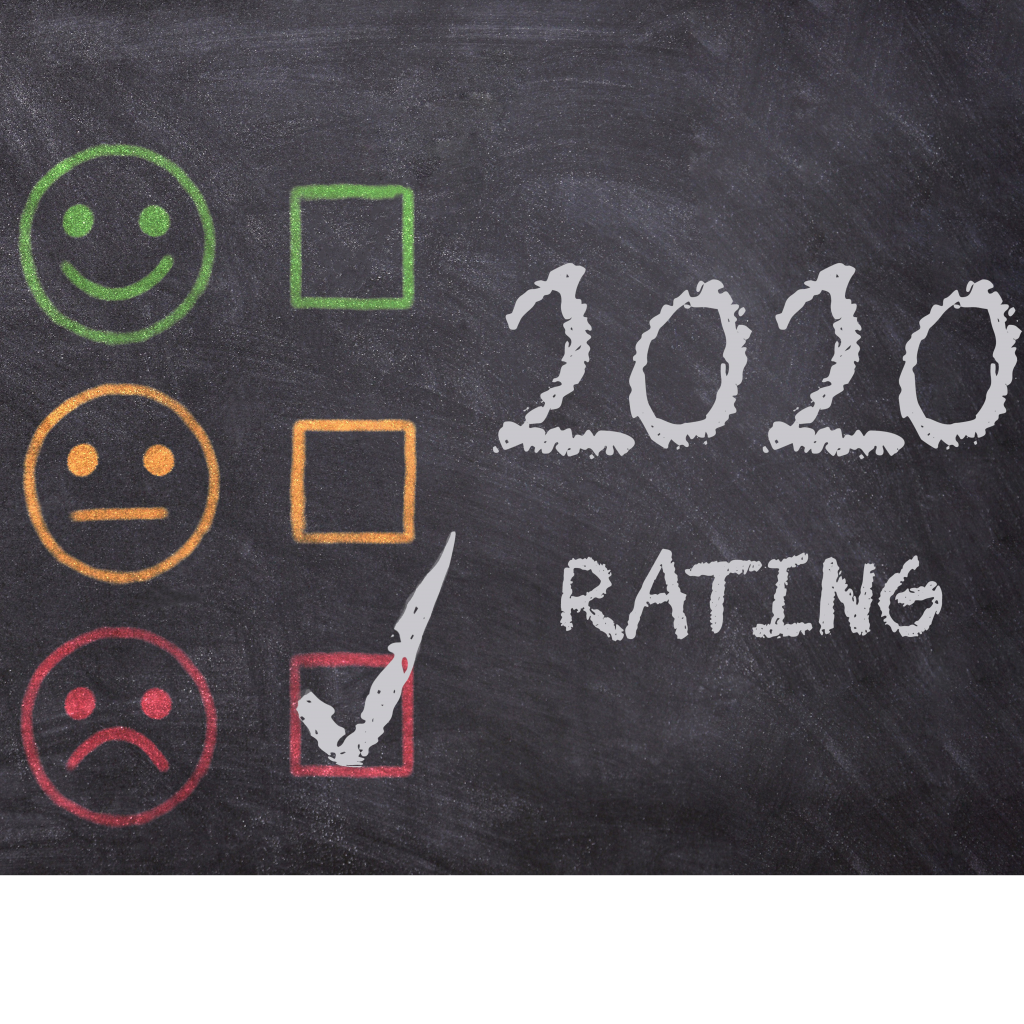 Thankfully, we fared a lot better than most in 2020.  Neither Lisa nor I caught COVID, nor were we out of work.  We and our kids have remained in good health.  We did, however, lose some important people to us over the year, some from COVID, some from other illnesses, so it was rough in that respect.

From a purely photographic point of view, however, 2020 was kind of a lost year.  I simply did not get out to shoot as often as I did in previous years.  To illustrate this, when trying to determine my top 10 photos for the year, I usually start with a pool of contenders numbering somewhere between 80 and 100 photos.

This year, I started with only 41 contenders.

Back in December 2019, Lisa and I booked a trip to Iceland for August-September and that would certainly have given me the opportunity to take many more images.  Iceland is a wonderfully beautiful place and we were both really looking forward to going.  Alas, due to the pandemic, that trip was canceled.   We did end up taking a few days to go upstate (and I did get to do some photography), but, nice as Cooperstown, NY is, it’s no Iceland and I just didn’t have the photographic inspiration I would have otherwise had.

Other factors have limited my photography as well.  One of those is the fact that I’m now working at home.

When I was working in Manhattan, I would often just go from work and shoot the city after work.  Now, I have to actually travel to Manhattan to do so, and it’s a lot harder to do so.  As a result, I haven’t shot any photography in Manhattan since I started working from home in March.

But that doesn’t mean that the year was a total loss, photography-wise.   I did do some shooting and I do have a Top Ten that I am proud of.  Without further ado, in chronological order, here they are…

Under The Pier. Lake Worth, Florida

I was in Florida in January, visiting my father.  Whenever I am there, I try to shoot sunrises over the ocean as often as possible.

While I’ve shot the sunrise at the Lake Worth Pier before and came away with some really nice shots, this year, I didn’t really find that I liked any of the sunrise shots that I got.  However, I did manage to take some time to catch the waves as they crashed up against the legs of the underside of the pier.

I love the way I caught the water as it splashes and sprays out against the legs.

Most of Florida’s beaches are entirely sandy, so when I heard that there was an eastern-facing beach with actual rocks, I jumped at the chance to shoot the sunrise there.

I have to say that I was not disappointed.   The only disappointing part was that I had so little time to find the most interesting composition among the rock formations as the sun rose.  If I get back to Florida, I definitely plan to visit here again.

There is always something magical about the New York City skyline.

It almost doesn’t matter when you shoot it — it could be morning, afternoon, evening or night.  The weather could be nice, cloudy, raining, whatever…  the city skyline always comes out looking beautiful.

I went out to Liberty State Park in New Jersey to shoot the skyline back in February.  I deliberately included the rocks in the foreground of the photo to give it a layered depth.

Central Park is, of course, the king of all New York parks, but Prospect Park is definitely a place that should not be overlooked.   It has a vast array of places to take wonderful pictures.

One of the most beautiful (if not the most beautiful) structures in the park is the Boathouse.  Built in 1905, the historic landmark building was restored in 1999 and is currently used for weddings and other events.

There are three main places from where you can shoot the boathouse with the Lullwater in the shot:  from the side of the building (where this picture was taken from), from further along the bank by the waterfall and from the Lullwater Bridge (on the far right of the picture).

It’s funny how you can live in a city almost your entire life and be completely ignorant of some parts of it for decades.

I was not aware of the Jamaica Bay Wildlife Refuge in Broad Channel, Queens until 2020.  Once I “discovered” it, I made sure to head down there and begin photographing it.

I found this shot of the city skyline and the marsh leading into Jamaica Bay and could not resist shooting it at sunset.  I was hoping for a clear sunset, but I think that the clouds ended up adding a nice amount of “drama” to the photo, making this a far better shot than I was expecting.

I was walking back to my car after taking the previous shot and I noticed the lingering color from the sunset hanging over the West Pond.  I also spotted the flat rock by the pond and realized that that would make a wonderful foreground element for a shot across the pond.  So, I set up my camera and quickly captured some shots of the dying color.  This happy little accidental find turned out to be one of my absolute favorite shots that I took all  year.

Many times, some of the best sunset images that you capture come after the sun is already below the horizon.  It was true for the Broad Channel picture (above) and is just as true for this shot taken on the Lake at Prospect Park.

I went to shoot the sunset at Prospect Park in June hoping to catch the sun setting over the water.  The sunset shots were a bit of a disappointment due to the cloud cover, but the clouds were in just the right configuration to be lit up by the setting sun after it had gone down over the horizon.  I set my camera on its tripod and used a really slow shutter speed to get a nice reflection of the clouds, sunlight and trees in the water.  This shot was the result.

Another case of a shoot gone wrong made right.

I live in New York City, which is one of the most light polluted places on Earth.  As such, we rarely see any but the most brightest of stars in the night sky.

When comet NEOWISE came to town, I decided to try grabbing a shot of it by going out on Long Island, away from the bright lights of the city, to grab a shot of the comet.  In fact, I made two trips out there when he comet was brightest, but each time, there were too many clouds in exactly the part of the sky that I needed and I never actually got the shot of the comet.

Although the comet image eluded me, I did end up with a nice surprise.  As I was waiting for the sky to darken and the clouds to clear, I was treated to an incredible firefly display in the open field.  I decided that I had to capture the image of the fireflies all over.  I set up my tripod, left the shutter open for 25 seconds, and voila, firefly trails!

Source of the Susquehanna. Cooperstown, NY

As I mentioned earlier, our trip to Iceland was canceled.  We did, however, manage a short trip to Cooperstown, NY to visit the Baseball Hall of Fame.  While we were there, however, I did manage to get some photography in.

This is a shot of the beginning of the Susquehanna River as it empties out of Lake Otsego in Cooperstown, NY.  From here, the river flows 444 miles until it empties into Chesapeake Bay in Maryland.

If you ever find yourself in Cooperstown, one of the places I highly recommend  you visit (aside from the Hall of Fame, obviously), is Glimmerglass State Park on the east side of Lake Otsego.

While I got a number of shots of the lake itself, my favorite shot of the day was this one of the Hyde Hall Covered Bridge as it crosses the Shadow Brook.  The simple spot of reddish brown standing out among the greenery immediately grabbed my attention and I knew I had to take that photograph.

Let me know.  I’d love to hear your comments about any of these images.

As an added bonus, if you add your name to my mailing list using the form below, I will enter you in a drawing to win a print of one of these images (your choice), absolutely free*.

* Prints can only be sent to the US or Canada 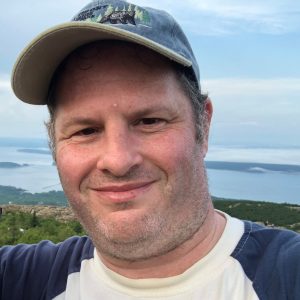